Referencing Styles : Chicago | Pages : 19
The following grading guide provides a summary on how the grading will be reflected based on the IRAC structure. However, it should be noted that the guide is NOT an accurate predictor of the grade. Some factors carry more weight that others especially the application section. Students should be aware that grading is a balancing act and combines several factors. Thus, a paper may fail overall even though it fulfils a passing standard on some of the criteria.QUESTION ONE PharmCo International is ...

The following grading guide provides a summary on how the grading will be reflected based on the IRAC structure. However, it should be noted that the guide is NOT an accurate predictor of the grade. Some factors carry more weight that others especially the application section. Students should be aware that grading is a balancing act and combines several factors. Thus, a paper may fail overall even though it fulfils a passing standard on some of the criteria.

PharmCo International is an international pharmaceutical wholesaler with its head office in Sydney, Australia. Over its 20 years of existence PharmCo has developed a broad investments portfolio with stocks in several blue chip companies, assets distributed in several subsidiaries and funds stored in a number of offshore accounts. PharmCo’s complex finances are managed by Goldman Asset Management (GAM) based in Sydney. This has enabled the managers at PharmCo to focus on improving their drug distribution networks without having to bother about their financial position. In January 2015, PharmCo negotiated a distribution arrangement with Paratol Ltd, the manufacturers of Paratol pain relief medicine. The terms of the arrangement required Paratol Ltd to release, on credit, a large stock of Paratol painkillers valued at $2,000,000 to PharmCo for distribution. PharmCo would then have a 6 month grace period to pay off the $2,000,000. As a precondition to the agreement PharmCo was to provide a letter of guarantee from its asset managers verifying that PharmCo was liquid and had assets that could cover the $2,000,000 in the event of default.

In August 2015 PharmCo prepared and signed a letter of guarantee which was forwarded to GAM for signing. The guarantee was sent to GAM’s Processing and Payment’s Department. This department handled matters relating to payments of creditors, processing payment cheques for orders, and verifying payments. It was the department that PharmCo invariably dealt with. The manager of this department signed the guarantee and affixed GAM’s stamp.

The guarantee was then sent to Paratol Ltd which then delivered the stock to PharmCo. In December 2015 PharmCo became insolvent and defaulted on the payment. It was discovered that PharmCo had actually been operating under a deficit for the past eight months as most of its assets had been devalued.

Paratol Ltd tried to enforce their debt against GAM but they have claimed that they are not liable. According to GAM’s internal procedures, guarantees are signed by the Guarantee and Valuation Department and not the Processing and Payment’s Department. GAM’s Processing and Payment’s Manager also insisted that she signed the document to verify the PharmCo signature (as she did with all agreements that PharmCo entered into) and not to indicate that GAM accepted the guarantee and
confirming PharmCo’s liquidity. However, the document made no mention of this. On its face value the guarantee document looked just like any other normal guarantee letter. Neither PharmCo nor Paratol Ltd was otherwise told that the manager’s signature was for the limited purpose of verifying PharmCo’s signature. 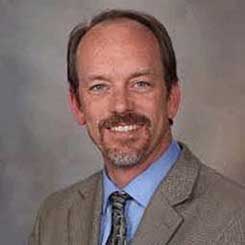