Referencing Styles : Not Selected | Pages : 14
This is a report, must focus on the case study scenario given in the Assessment Task section. Any assessment items that do not address the case study scenario may be awarded 0 (zero) marks. The length of the report must be within the recommended range(2500). If the report exceeds the maximum word count the marker will stop marking after 2750 words. You will need to conduct research to support your arguments using at least ten (10) but no more than 15 current references.You must have a minimum of ...

This is a report, must focus on the case study scenario given in the Assessment Task section. Any assessment items that do not address the case study scenario may be awarded 0 (zero) marks. The length of the report must be within the recommended range(2500). If the report exceeds the maximum word count the marker will stop marking after 2750 words. You will need to conduct research to support your arguments using at least ten (10) but no more than 15 current references.You must have a minimum of ten (10) current references in your reference list. At least six (6) of these references should be from refereed academic journals and books. Other references could be sourced from industry websites and magazines. All sources should be current that is, dated 2013 or later. The report is to be based on the following case study scenario about 3D Printing technology: Three Dimensional (3D) Printing Technology is a process where materials are joined together under the control of a computer to make a physical object. Typically the object is printed by laying down many thin layers of a material that join together to create a 3D object. The technology began in the 1980s with the construction of cost-effective prototypes of product designs that allowed designers to test their creations before manufacturing the final product. Over the last decade the uses and applications have grown astronomically. Today people refer to it as being a disruptive technology. That is, it has the potential to change the way we do things by opening up new avenues and possibilities. It could make people’s lives better in many ways, for example, in creating artificial limbs for people and bone replacements. You are the Head of ICT in a medium-sized manufacturing organisation that was established around 10 years ago. The Head Office of your organisation is based in an industrial suburb of Melbourne in Victoria. Currently your organisation has both retail and corporate clients, and has various retail branches within Victoria and is just starting to move into online business operations. At the moment the organisation is mainly producing computers and printers for businesses in Victoria. The organisation is now exploring options to expand the business in the next five years to other States of Australia and to the Oceania region, as well as expand its e-commerce (on-line) activities. As a part of their expansion plans the organisation wants to look at the prospect of expanding into the use of 3D printing to create products cheaply and effectively. They feel that is a way that the business could expand without the need to create a large amount of infrastructure in other locations across Australia and in the Oceania region. They are concerned about the security, authentication and other technology problems that it may face as it looks to expand its business. The CEO of your organisation has recently heard about 3D Printing Technology and its various uses in manufacturing. She has asked you to investigate the technology and types of applications that use 3D Printing Technology with the prospect of deciding if 3D Printing Technology would be an efficient and effective way to expand the business. You have to complete this investigation in the next three weeks and draft a report with some recommendations for the next Executive Management meeting. 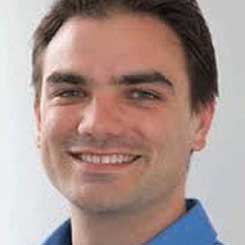 View All Reviews
HC2121 Comparative Business Et... has been added in your library.