Referencing Styles : Chicago | Pages : 8
Exercise requires the consideration of the following questions: 1. In terms of profitability, where relevant financial data is available, which retailer (Woolworths or Wesfarmers) has performed better over the past five (5) years? Explain the reasons for reaching this judgement. 400 words Hint: Must use graphs, analysis, numbers to support reasons. Use the most appropriate profitability formula for retailers (Woolworths and Wesfarmers). Refer formula table below • Profitability: â–ª Ret ...

Exercise requires the consideration of the following questions: 1. In terms of profitability, where relevant financial data is available, which retailer (Woolworths or Wesfarmers) has performed better over the past five (5) years? Explain the reasons for reaching this judgement. 400 words Hint: Must use graphs, analysis, numbers to support reasons. Use the most appropriate profitability formula for retailers (Woolworths and Wesfarmers). Refer formula table below • Profitability: â–ª Return as a % of revenue. â–ª Earnings before interest, tax, depreciation and amortisation (commonly referred to as EBITDA). â–ª Return on investment (i.e., ROI) or total assets (i.e., ROA). â–ª Return on equity (i.e., ROE). 2. Noting that Coles, the major competitor to Woolworths, is no longer listed on the ASX, briefly explain the primary issues associated with comparing the past performance of the two retailers in terms of forecasting the future performance of each and the drafting of a recommendation as to whether SEA should add-to, hold or sell-down its investment in Woolworths and/or invest in Wesfarmers, the parent of Coles. Provide a critical comment on how the gaps in financial data publicly available for Coles might be “worked-round” and identify the limitations associated with the use of the disclosures made in the annual reports of Wesfarmers reports for the 2011, 2012, 2013, 2014 and 2015 financial years in generating the data that could be used to evaluate the past performance of Coles. 200 words 3. Assuming that SEA wishes to retain its investment exposure to the Australian retail industry, would you recommend that SEA retain its investment in Woolworths or use the funds realised from the partial or full disposal of this shareholding to invest in Wesfarmers? Explain the reasons for reaching this recommendation. 150 words 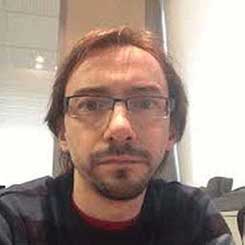 View All Reviews
Return on Investment (ROI) has been added in your library.