Referencing Styles : Harvard | Pages : 10
Rubber Co manufactures tennis balls. On 1 January 2010, Rubber Co purchased a new machine for $1.1m (inclusive of GST) which it used to produce the tin cans in which its tennis balls were placed for sale to retailers. At the time of acquiring the machine , Rubber Co estimated that the machine would have an effective life of 10 years before it needed to be replaced. Subsequently, on 1 January 2014, as a result of new technology, a better quality machine became available and Rubber Co decided to s ...

Rubber Co manufactures tennis balls. On 1 January 2010, Rubber Co purchased a new machine for $1.1m (inclusive of GST) which it used to produce the tin cans in which its tennis balls were placed for sale to retailers. At the time of acquiring the machine , Rubber Co estimated that the machine would have an effective life of 10 years before it needed to be replaced. Subsequently, on 1 January 2014, as a result of new technology, a better quality machine became available and Rubber Co decided to sell the original machine for $330,000 (inclusive of GST) and purchase a new machine for $2.2m (inclusive of GST). Requirement: What are the tax consequences of these arrangements under Div 40ITAA97? Question 2 (10 marks) Periwinkle Pty Ltd (Periwinkle) is a bathtub manufacturer which sells bathtubs directly to the public. On 1 May 2014, Periwinkle provided one of its employees, Emma, with a car as Emma does a lot of travelling for work purposes. However, Emma's usage of the car is not restricted to work only. Periwinkle purchased the car on that date for $33,000 (including GST). For the period 1 May 2014 to 31 March 2015, Emma travelled 10,000 kilometres in the car and incurred expenses of $550 (including GST) on minor repairs that have been reimbursed by Periwinkle. The car was not used for 10 days when Emma was interstate and the car was parked at the airport and for another five days when the car was scheduled for annual repairs. On 1 September 2014, Periwinkle provided Emma with a loan of $500,000 at an interest rate of 4.45%. Emma used $450,000 of the loan to purchase a holiday home and lent the remaining $50,000 to her husband (interest free) to purchase shares in Telstra. Interest on a loan to purchase private assets is not deductible while interest on a loan to purchase income-producing assets is deductible. During the year, Emma purchased a bathtub manufactured by Periwinkle for $1,300. The bathtub only cost Periwinkle $700 to manufacture and is sold to the general public for $2,600. (a) Advise Periwinkle of its FBT consequences arising out of the above information, including calculation of any FBT liability, for the year ending 31 March 2015. You may assume that Periwinkle would be entitled to input tax credits in relation to any GST-inclusive acquisitions. (b) How would your answer to (a) differ if Emma used the $50,000 to purchase the shares herself, instead of lending it to her husband? 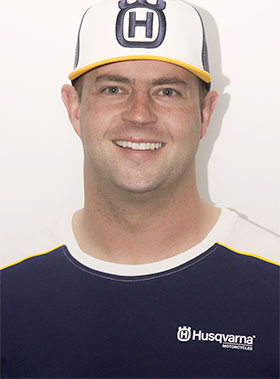 View All Reviews
Taxatation Law has been added in your library.