What are intermolecular forces? What are its types? Explain in detail with examples.

What are intermolecular forces? What are its types? Explain in detail with examples.

There are mainly three different types of intermolecular forces. One is the dipole-dipole interaction, the second one is the hydrogen bonding and the third one is known as London dispersion forces.

The force that is responsible for holding the molecules of the liquid, solid or for a solution phase together, is commonly known as London dispersion force and is generally quiet weak. These forces are found in the non-polar molecule and atoms. It was introduced by a German physicist, Fritz London, in the year 1930, and thus the name London dispersion forces. He proposed that within an atom and in non-polar molecules the temporary fluctuations during the electron distribution can result in the short lived immediate dipole moment, and result in attractive forces which are commonly known as London dispersion forces.

Considering a pair neighbouring He atoms as an example. The two electrons on an average are uniformly distributed around the nucleus. This happens due to the constant motion. The distribution in their one atom is likely to be asymmetrical for a given instant and thus results in an instantaneous dipole moment. The example given below explains the process. 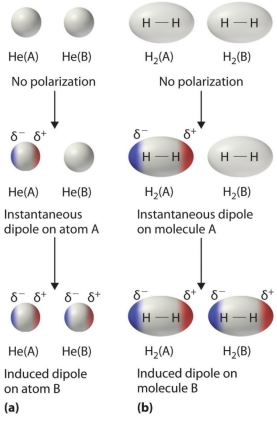 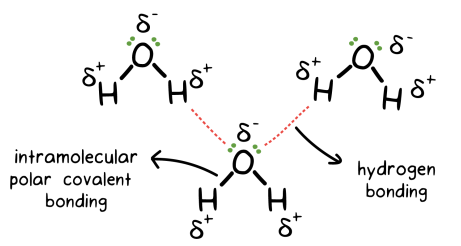 In biology these hydrogen bonds play an essential role. In case of DNA and RNA these bonds are responsible to hold the nucleotide basses together. 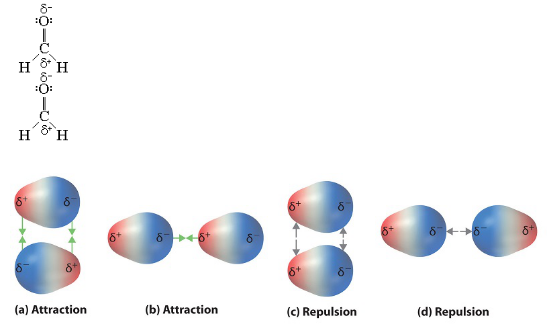 The example provided above show the different ways a dipole can exist. The (a) and (b) figure show the attraction force. In this case, molecules that have net dipole moments, incline to align themselves in a way that the positive end of one dipole is near the negative end of another and the opposite happened in case of the repulsive force.

View All Reviews
Definition of Intermolecular F... has been added in your library.