Definition of Line Graph And Its Type

What is line graph with example? Explain the different types of a graph? How do you create a line graph? What is an example of a line graph?

What is line graph with example? Explain the different types of a graph? How do you create a line graph? What is an example of a line graph?

Line Graph is also termed as Line Chart, which is used for the presentation of some data over some time. It contains two different axes which show the distinct value of information; the axis termed as x-axis and y-axis. The line graph usually indicates a positive amount; it used so that the presentation can be better, and each will able to get proper knowledge about the information which has been shown in Line Graph. The point in which the axes interact is (0,0) so every time a line graph will interact at this point. Both axes are termed as per the information as, the x-axis is months, day or years, whereas y-axis consists of revenue. So this denotes that it shows about how the company can earn in some days, months or years.

The presentation of the Line Graph is made by joining different dots as per the information which has inserted in the Line Graph. Both axes also have some scientific name as both some various features from each other. The x-axis is termed as an independent axis as the value which is there in X-axis are not dependent on any other factor, so it is considered as separate whereas Y-axis is termed as a secondary axis as the value of y-axis is dependent upon the amount of x-axis. In regard, so of both independent and rely on the cost, the line graph progresses horizontally as each x-axis value has one y-axis value.

Line Graph can have multiple lines which represent different value as if the company has many branches than it will have more edge in a graph which will represent each branch separately. Line Graph is used in many sectors so that it able to help the company to give the proper amount of information to a different user. The primary industry in which it is used is finance, marketing and another department.

Example can be that lets consider finance department so they can show time in x-axis and able to show the profit in y-axis so this will help them to know about how the company is able to perform in the market as well as it will show them proper idea about whether it able to achieve its desired goals and objective or not.

Example of a Line Graph 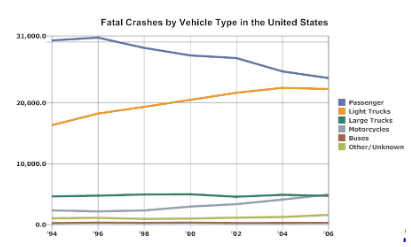 Definition and types of graph

The types of a graph are:

Bar Graph – It is one of kind of bar graph, that represents an independent value which is not depending on each other.  It shows different types of information in one bar graph. For example, it can show different types of food which are available like Chinese, Indian, Continental and Thai. It can be represented in both horizontal as well as vertical, in vertical sometimes it is also considered as a type of line graph. It shows the comparison of different value as in x-axis it shows categories, and in the y-axis, it shows the unusual, so it helps the user to compare both types accurately and come to a conclusion in regards of its information.

Pie Chart – This type of chart is made to represent part of some information as if a company is having an income of 100 and expended that in 5 items so with the help of pie chart they will able to show the proposition of income in 5 part as they are spending. In the chart, each proportion is divided as per its quantity, which is represented by the same.

Line Graph - This graph is used to show change, which has to take place in the information. It is done on the data which is connected to each other as it compares the same and shows the changes which are made a place in recent time. It contains two axes, and each axis represents a different value which helps the user to understand the information correctly, the amount which is there in the x-axis is independent whereas the amount which is in the y-axis is depended on the value of x-axis.

Cartesian Graph -  It is a type of coordinate system which shows different point uniquely on a plane line by a set of numerical coordinates, it both axes contain the value and able to show the connection of each value with another so that proper understanding can be made by the user. This type of graph is mostly used in algebra as it contains more details of the information which is to be put in different axis. The centre which the graph has is termed as origin, the number right to zero are considered positive numbers whereas the one in left is termed as negative numbers. In the case of the y-axis, the amount which is below zero is considered as negative whereas the above one is treated as positive numbers.

How to Create a Line Graph

The line Graph can be made by following the steps mentioned below:

Create a table – First, it has to draw two axes, which are x-axis and y-axis. It has to name the type of information which is provided with the help of line Graph on the top of the chart.

The input of data – The user after labelling both lines with their technical name than it should record the data which is to be represented in the line graph. Usually, the data is divided into two parts specific the information of x-axis as well as the y-axis. As the data is enter, it will automatically so the value and the line graph will be formed and it will be available for interpretation.

The input of Different Color – This is the additional step as if the line graph has much information so to make them identified it can be colour so that the user will able to get proper information about which line is representing which type of information.

Example of a Line Graph 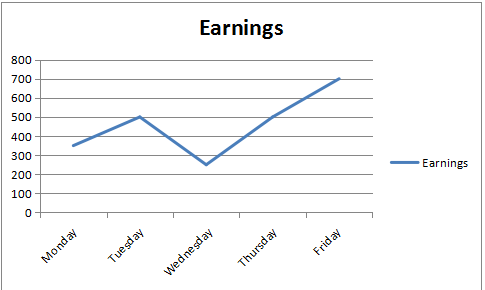 View All Reviews
Definition of Line Graph And I... has been added in your library.