Equation For a Hyperbola To The Shape Of Its Graph

Connect the equation for a hyperbola to the shape of its graph. Describe the parts of a hyperbola and the expressions for each. Discuss applications of the hyperbola to real world problems.

Connect the equation for a hyperbola to the shape of its graph. Describe the parts of a hyperbola and the expressions for each. Discuss applications of the hyperbola to real world problems.

Equation and graph of a hyperbola

Hyperbola in mathematics refers to a smooth curve that lies over a simple plane and defined in terms of different geometric properties. The standard definition of hyperbola following which standard equation and graph has been derived is that defines hyperbola as a locus of all points in a way that difference in distances between any two focal point remains constant. 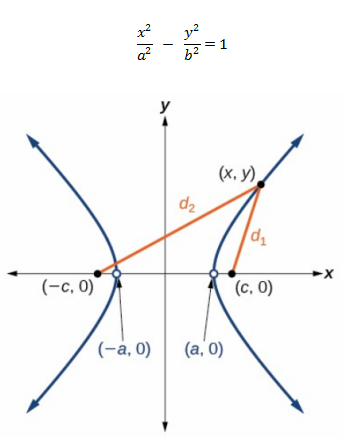 Figure 1: Diagram of a hyperbola

In the above figure of hyperbola, the origin lies at the center. The respective coordinates of two focal points of the hyperbola are (-c,0) and (c,0).  All the points located at same distances of these points are set in the diagram. Center of the hyperbola is given as (0,0). Suppose a point P, having value +a is taken on the hyperbola. The difference between P and the two focal point then can be given as

Now, if any point (x, y) chosen on the hyperbola, then an equation can be obtained using the distant formula 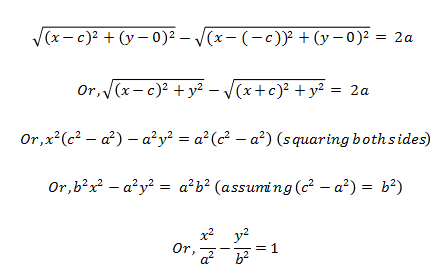 Different part of a hyperbola 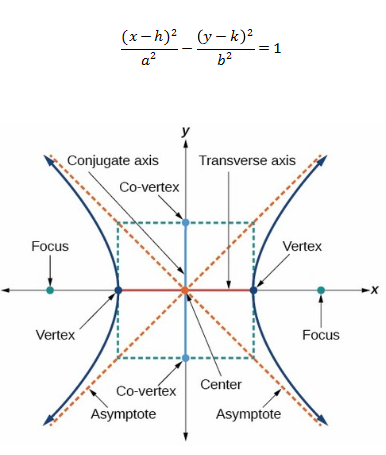 Figure 2: Different parts of a hyperbola

Following are the main parts of a hyperbola

In a conic section, center is defined as the point that bisect every chord passing through the point. For a hyperbola, center is the mid-point of the line segment that joins vertices of the hyperbola. The center of a hyperbola lies at (h, k).

Vertices of a hyperbola refer to the points where the hyperbola makes the sharpest turn. The vertices lie on the major axis. The coordinates of vertices are given as (h + a, k) and (h – a, k).

Co-vertices are associated to b that is the minor semi-axis length. The coordinates of co-vertices are given as (h, k + b) and (h, k – b).

In real world, hyperbola is used in many aspects. Some of its real world application is discussed below. 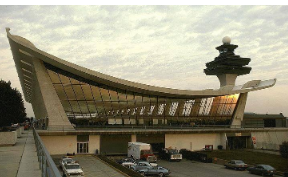 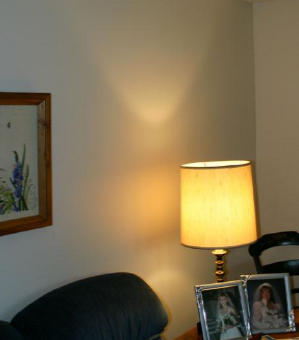 The shadows caste from a lampshade form hyperboloid shape on the wall. 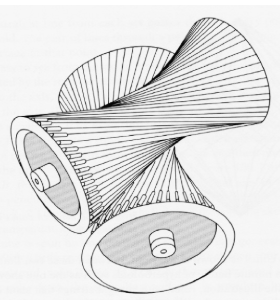 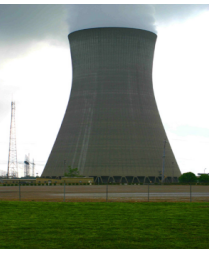 Almost all nuclear cooling towers and some coal-fired plants follows the standard design of a hyperboloid shape. These are structurally sound and are built with steel beams. In building the cooling towers two kinds of problem are generally faced by engineers. First, the structure has to be capable of standing in face of high winds. Second, it should be built with using as minimal materials as possible.

A hyperboloid shape can successfully address both these problems. Given the diameter and height of a tower with a given strength, a hyperbolic shape requires less materials compared to any other shapes. For example, a 500-foot-high tower can possibly be made by using concrete shell having width of only six to eight inches.

Stones in a lake

When two stones are simultaneously thrown into a lake with still water, the ripples are moved outward in the shape of concentric circles. The circles intersect each other at a point and form a curve in the shape of a hyperbola.

View All Reviews
Equation For a Hyperbola To Th... has been added in your library.