What is a Chemical Formula? Discuss the different types of chemical formulas? Explain with examples...

What is a Chemical Formula? Discuss the different types of chemical formulas? Explain with examples...

The Molecular formula is also known as the true formula. The molecular formula informs the reader about the number of different elements which is actually present in one molecule of the chemical compound.  In a molecular formula or which is more commonly known as the actual formula, the different elements present in the chemical compound is written as the symbols given in the period table. Along with it, the numbers of atoms of each element are represented as the subscript which is the small number that is written at the lower right end of the element. Say for example when the  molecular formula of glucose is considered which is C6H12O6, it can be considered that six atoms of carbon combined with twelve atoms of hydrogen and six atoms of oxygen to form one molecule of  glucose. In a similar way, when the molecular formula of Butane is considered that is C4H10, it can be understood that four atoms of carbons combined with ten atoms of hydrogen to from one molecule of Butane. Butane is an organic alkaline gas compound present at a room temperature and atmospheric temperature. 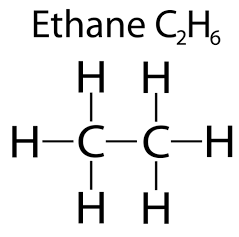 Very well done on time.Reached out of Expectations.Wish to consider more assignments from you

Thank you soo much i get full makes and it was full solution exactly like what i need , thank a lot :)

I got A+ on my paper and I was very excited. my writer did an amazing job. thank you

Very helpful and came just in time. I appreciate my assignment help and will be using again

View All Reviews
What Is A Chemical Formula? Di... has been added in your library.