What is an acute angle? Describe its elements in detail, using suitable examples.

What is an acute angle? Describe its elements in detail, using suitable examples.

The ability to identify the different types of angles greatly helps in finding out measurements of different figures in geometry featuring with different types of angles and line segments. An acute angle is defined as an angle that is smaller than the right angle. The acute angles range from 0 to 90 degrees. In case if a larger angle is chosen we will have a reflex angle and the smaller angle is known as the acute angle. In the figure as shown below, the thin blue line indicates the position of a right angle whereas the angle in black which is much smaller than the right angle is known as the acute angle. It can be anything that is smaller than 90 degree even if it measures 89.99999 degrees. 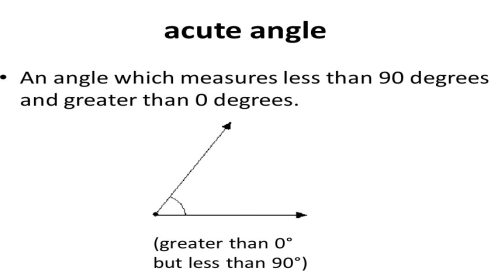 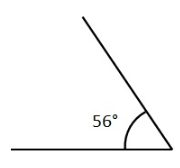 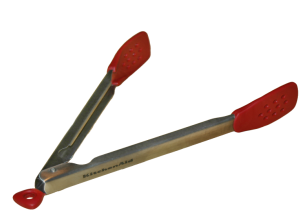 Some example of acute angle are as follows:

View All Reviews
Elements of Acute angle has been added in your library.