Forward Curve and Its Types

Forward curve is considered to be a function of a graph in the financing. The graph is used to define the prices depending on which the contract for the deliveries of future or the payment could be concluded on that particular day. The forward curve could also be demonstrated by representing the graphical relationship between the price of the forward contracts and the time for maturing those contracts. The curve is between the yield of the contracts and the time of reaching those yields. The yield or the price of those contacts are represented in the vertical axis and in the horizontal axis time of the maturity is represented. The nature of forward curve is static and clearly showing the relation between the price of the forward contacts and that of the time required for maturing those contracts for a certain period or point in time. The curve also helps in predicting the future prices over the time for any particular commodity that would be predicted based on the transactions of future by the market itself. With the help of the curve, it would be much easier for calculating the forward interest rate values and also estimating the evaluated time value of that money that is investigated. It would be more effective for calculating the value of the money invested now and what would be its price in the future. The curve would be estimating the value of that money by seeing the maturity of time of that money. As the curve is represented by the yield or of the contracts in the vertical line and by the maturity time in the horizontal line; it would be helpful for any user of accessing the value of the money invested based on the forward curve. The curve would be finalising how much maturity time would be needed for the curve for estimating the matured value of the invested money.

There are two different types of forward curve:

The normal forward curve is the graphical illustration of the constructive association between the prices of a forward contract and the duration to the maturity of the forward contract. The slope of the normal forward curve is a positively sloping curve which has a time-price space. The price axis is on the x-axis and the time is represented on the y-axis. A rise in the curve occur because there is an upwards shift in the forward curve. The upward rising of the curve is a resultant of an increase in time and price of a given contract. With an increase in the maturity rate there is an increase in the interest rate which yields a profit for a particular contract. The reason is associated with the debt issued for a long term investment which generally carries greater likelihood from the point of inflation or default in the long term process. An upward sloping forward curve generally indicates that financial condition of a market which expects for higher future interest rate.

It is also estimated that the price of the commodity may rise in near future which is anticipated as a spot price. At this point, the demand of the commodity is more and the investors tends to pay for the commodity even if there is a rise in price. It might be the desire of the investor to pay a premium price for a particular product rather than mislaying the commodity. The traders and hedgers are pleased to sell for the future contracts and accept the product at a higher expected returns. On the other hand it is also knows as normal market or carrying cost market 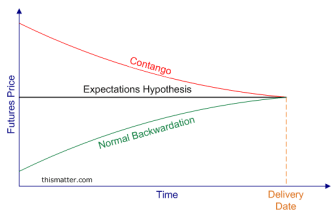 The inverted forward curve is the graphical representation of the negatively sloping curve. The negative slope is between the price on the x-axis of a forward contract and the time on the y-axis is the maturity of the forward contract. The slope of the inverted forward curve is a negatively sloping curve between the time-price spaces. The curve tends to slope negatively when the contract yield short term debts on the same credit quality. A key economic indicator is used to predict the recessions where the investors change their response. An inverse curve results in lower interest rates as more bonds are demanded which vintages the returns down. 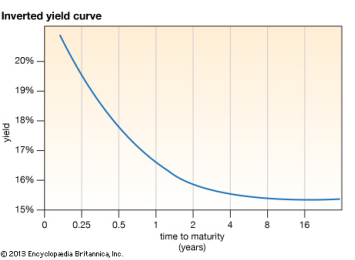 Overall Feedback from lecture: This a good piece of work. Clearly there is a very solid foundation here for you to build on and so hopefully the following feedback will help you improve further. Concerning coverage, you have successfully completed ...

A very well written post, thank you for the expert who worked on this and look forward to continue working with you on the remaining 40 discussion post yet to come.

View All Reviews
Forward Curve and Its Types has been added in your library.