Observe And Write a Detailed Description Of The Chartres Cathedral

Observe and write a detailed description of the Chartres Cathedral

Observe and write a detailed description of the Chartres Cathedral

Chartres Cathedral which is also known as Cathedral of Our Lady of Chartres is a roman church situated 80 km away from Paris in France. This Cathedral was created between the years of 1194 to 1220. At the site of this Cathedral there are five Cathedrals which are found to be standing at that site. These all cathedrals are replaced by the buildings which are destroyed during the war. This Cathedral has long history of reconstruction due to the destruction of fire. In 1194 a major fire had destroyed the Cathedral and only the façade, towers and also the crypt has survived the fire. At that point of time Cathedral was very important pilgrimage and one of the favorite destinations around the world. It was famous for the relics of the Virgin Mary. For the reconstruction from the fire the funds was collected from the royal families and from the nobles of Europe and also some small donations was also contributed from the local people. Reconstruction has been started immediately. The whole Cathedral reconstructed at the year of 1960 during the time of King Louis IX of France. During the French revolution in the 19th Century the Cathedrals was attacked by some mob and some sculpture of north porch but it was stopped by a bigger mass of people hailing from the town on which Cathedral was standing. The Cathedral was also got threat from the local Revolutionary Committee to destroy it with using the explosives. The locals of the Revolutionary Committee contacted the architect of the company and hence for the best place to use the explosives. The architect saved such destruction by suggesting that the explosion will bring the rubbles on the road and hence the road will be blocked for many years. The architecture of Chartres Cathedral was special because it has largest span of any iron made construction in the whole Europe. During the starting of Second World War, the glass panels are removed from the Cathedrals for safekeeping. During the Second World War it is detected that the company has faced many problems regarding the destruction of the Cathedrals. In 2009 the Monuments Historiques division of French Ministry of Culture started began the restoration and safeguarding program with the budget of $18.5 million. The institution started off the reconstruction which includes inside and outside cleaning. The reconstruction process also includes the protecting the stained glass by applying the coating and also it includes the painting of Cathedrals. The painting of the Cathedrals also include the inside masonry creamy–white good marble and gilded detailing which was similar to the 13th century.  The Cathedrals is the central seat of Bishop of Charters of the Diocese Charters. The Cathedrals holds reach history even through singing which is sung by Chemin Neur Community from the year of 2001. The song which is sung by Chemin Neur Community is known as vespers. The architectural characteristics of Charters Cathedrals include the length of 130 m, with a width of 32 m/46 m. The ground area of the Cathedrals is 10,875 square meters. The height of the south-west tower is 105 m and the height of North West tower is 113 m. the Cathedrals include 176 stained glass windows. The Cathedrals holds choir enclosure has 200 statues in 41 scenes. 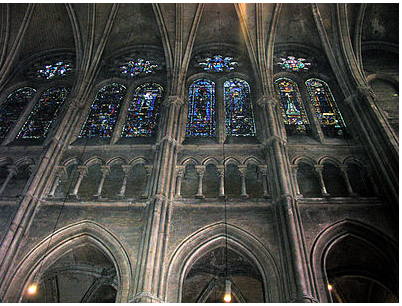 The shape the tower is in the form of cross and it looks like 11th century Romanesque Cathedral. The crypt and vestiges of the Cathedral are underneath the Cathedrals. The floor of the Cathedral is created in traditional way which brings back the history. The elevation is to be considered as bolder and there is a presence of the support for the upper walls. There is a presence of two towers which are built during two times in the past. Both the cathedrals are made from different times so the decoration and the heights of the tower differs which are in accordance of different times. The north tower has constructed in 1134 and it also replaced by new tower which was destroyed in fire in the year of 1150. The new built tower has two stories high with a lead cover roof. The south tower on the other hand began to be constructed in the year of 1144 and it was finished in the year of 1150.This tower reaches the height of 105 m and has a square top with a octagonal spire. It is considered as the tallest stone spire which is existed in the world. The tower has an interior with a wooden framework. The tower also contains flat pinnacle pyramids which provide great support to the whole tower. The Cathedral has three portal for entering and moving out from the Cathedrals. The three of the Cathedrals represent different aspects of Christ’s role. The right portal represent the earthly incarnation, the lleft portal represent the second coming and the central portal represent eternal aspect of Christ. The portals are considered as the finest sculpture of Gothic in rthe whole world. 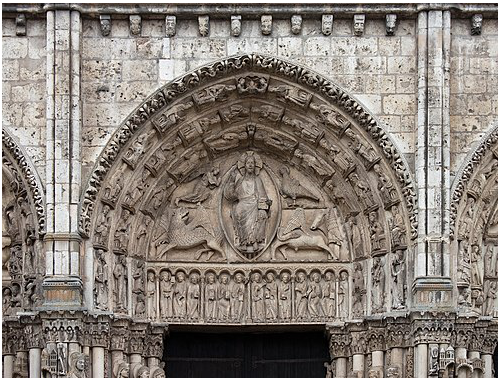 The North portal of the Cathedral is devoted to the Old Testament and it represent the Birth of Christ. This portal represent particularly on the Virgin Mary. One major exception which provide the presence of large statues of St Modesta who is the local martyr and also the St Potentian on the north west corner of the pouch. The south portal represents the Crucifixion of Christ which are also represented to the Christian Martyr. The decoration represents the Last Judgement. There are several statues of sculptures of eighteen kings beginning with King David which are represented the lineage of Christ.

One of the best features of Charters Cathedral is the stained glass. There are 167 windows which are made of stained glass. The unique features of the Cathedrals are the combination of rib vaults and flying buttress. The glasses have different drawings in it within which the most beautiful one is the rose structure. 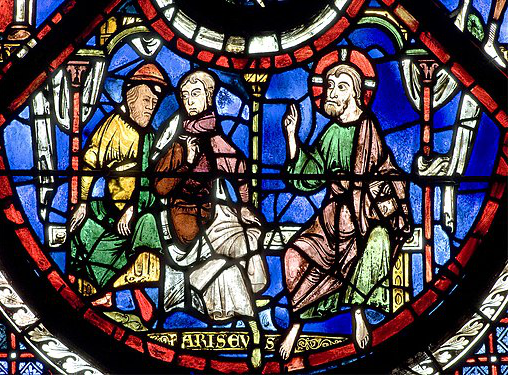 There is a labyrinth structure which is drawn on the floor. This sculpture is present in the all most every Gothic sculpture. The replica of this labyrinth arte founded at many churches around the world. It is overall a biggest Cathedrals in the world and one of the tourist spot in the world.

View All Reviews
Observe And Write a Detailed D... has been added in your library.