Simplest Way Of Calculating The Area Of Parallelograms And Rhombi

What is the simplest way of calculating the area of parallelograms and rhombi?

What is the simplest way of calculating the area of parallelograms and rhombi?

Rhombus is considered as plane and closed figure with four sides in which opposite side are parallel to each other. The main properties of the rhombus is that it has all the four sides and opposite angles equal. Therefore, rhombus is a type of parallelogram. 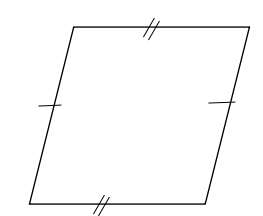 In order to calculate area of rhombus, there are three different way

Consider the area of square which is equal to side × side, like in rhombus being like square with all four side equal, but rhombus is tilted and there is need to consider the triangular part for which height is measured. Therefore, the easiest way to calculate area of rhombus is product of height and side. 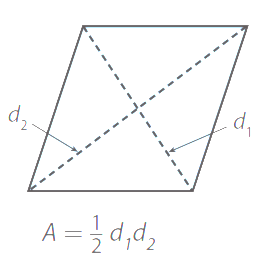 Diagonal is of Rhombus is known to intersect each other and make right angles with each other. The diagonals can be assumed to be two side of square which is twice the size of Rhombus. Therefore, area of square is calculated by multiplying sides ie multiplication of diagonals d1 and d2 and dividing it with by 2.

Where S is any side and A and B are angle of the rhombus. 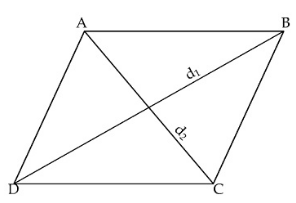 It is only important to know the sin value of the one angle to calculate the area.

Parallelogram is one of the type of quadrilateral with both side parallel to each other.

Parallelogram has following feature which is considered while calculating area: 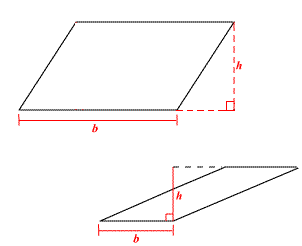 h is height and b is length of the base of the parallelogram as show in the diagram. Therefore, the easiest way to calculate the area is multiplication of height and base of the quadrilateral.

View All Reviews
Simplest Way Of Calculating... has been added in your library.