What Is Linear Function? Describe In Detail Using Suitable Examples

What is a linear function? Describe in detail using suitable examples

What is a linear function? Describe in detail using suitable examples

Firstly, the item functions should satisfy the either one or two of the real variables. When there is another variable present, it has to be known that the variables are constant. Taken for example, when the function C=2 * pi* r is considered to be a linear function as C and r are the real variables having pi to be the constant.  The second item is that no variable can have the exponent or power over them.  These cannot be cubed, squared or anything else. It can be said that the variables should be in the numerator.  Notably, the third item is the function which should graph to a straight line. The curve can be any kind of curve which would disqualify the functions.

The linear function is popular in economics. It is attractive because it is simple and easy to handle mathematically. It has many important applications.

Linear functions are those whose graph is a straight line.

A linear function has the following form

a is the constant term or the y intercept. It is the value of the dependent variable when x = 0.

To graph a linear function:

1. Find 2 points which satisfy the equation

3. Connect the points with a straight line 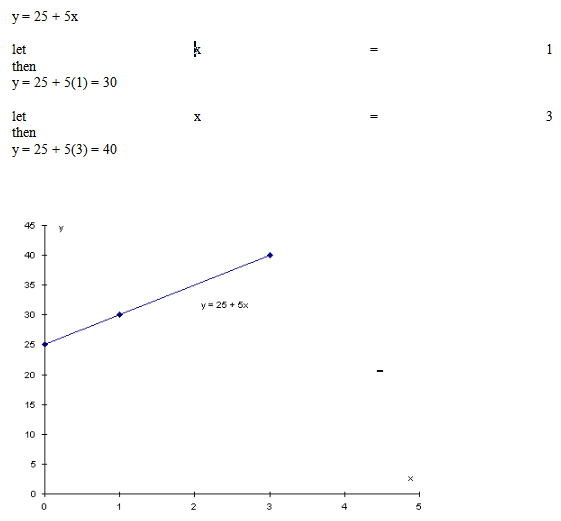 A simple example of a linear equation

A company has fixed costs of $7,000 for plant and equuipment and variable costs of $600 for each unit of output.
What is total cost at varying levels of output? 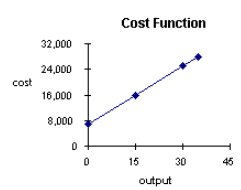 Linear equations can be added together, multiplied or divided.

A simple example of addition of linear equations

C(x) is a cost function

R(x) is a revenue function

P(x) is a profit function

x = the number of items produced and sold

View All Reviews
What Is Linear Function? Desc... has been added in your library.