Ammeter And Its Function: Ways To Connect An Ammeter In Series And Parallel Circuits.

What is an Ammeter? Explain its Function? Explain the proper ways to connect an ammeter in series and parallel circuits.

What is an Ammeter? Explain its Function? Explain the proper ways to connect an ammeter in series and parallel circuits.

The measuring instrument that is utilized for calculating current in circuit is known as ammeter. The name of the measuring unit of current, amperes is derived from the name of the measuring instrument. The instruments that are allocated for measuring microampere range or milliampere range of current are known as microammeters or milliammeters. In the past, the ammeters were the instruments in the laboratory that were dependent on the magnetic field of Earth for functioning. The modern innovated instrument was constructed in the 19th century with the feature of depicting precise measurements and effective positioning of electric power systems. Ammeter is usually depicted as ‘A’ in circle. Hans Christian Ørsted was the first scientist who discovered link between magnetic fields, physical forces and electric current in 1820. The discovery was facilitated through needle of a compass by pointing towards north and identified current in adjacent wire. The flow of the electrons represents the generation of current, considered with the unit ampere. Ammeter is used for measuring the movement of current in the unit ampere. The instrument used for measuring alternate or direct current in the unit amperes is known as Ammeter. The ammeter has the capability of measuring wide-ranged of the values of current. The wide-range of the current values of ammeter can be measured as at higher values, small values of current can be absorbed with the help of meter mechanism, which is diversion in parallel form in regards with meter as it carries major section. There are different forms of ammeters, which differ in precision and principles. The ammeter, which is used, for measuring direct current in association of the precision 0.1-2.0 percent is named as D’Arsonval-movement. Electrodynamic ammeter is known for utilizing moving coil, which rotates in a field, constructed by fixed coil. The main purpose of ammeter is to measure alternate and direct current in association with the precision 0.1-0.25 percent. In the case of thermal ammeter, an accuracy of 0.5-0.3 percent is reflected in the process of calculating alternate current. The application of the current or small voltage generated through thermal ammeter can be observed in millivoltmeter. In the case of a digital ammeter, circuit is used like dual slope integrator, in association of zero moving parts, for the purpose of converting measured analogue current for the digital equivalence. There are numerous digital ammeters that reflect accuracies more than 0.1 percent.

There are different forms of ammeter, moving magnet, moving-coil, electrodynamic, hot-wire, moving-iron, integrating and digital.  The moving coil is also known as D'Arsonval galvanometer. D'Arsonval galvanometer is known for incorporating magnetic deflection, where movement in the coil is caused due to the placement of coil in magnetic field from permanent magnet. The advanced version of D'Arsonval galvanometer was discovered by Edward Weston, which was constructed using spiral springs (two) for the purpose of generating restoring force. The linear proportion in the current caused through deflection is generated through an even air gap in poles of permanent magnet and iron core. The D’Arsonval galvanometer reflects linear scales and in the movements of basic meter, the current deflects full scale from a range of around 25 microamperes and 10 milliamperes. In D'Arsonval galvanometer, the direction of meter needle depicts opposite direction due to the presence of magnetic field. In case of a moving magnet, same principles can be experienced like the moving coil. The coil in the moving magnet is attached with meter case and the needle is operated by permanent magnet. In comparison to the moving coil, the moving magnet is known for transporting greater current, around tens of the Amperes as coil is constructed through thicker wire, where the current do not have the need for being carries through hairsprings. In case of electrodynamic movement, electromagnet is utilized rather than a permanent magnet like D'Arsonval galvanometer. The instrument has the ability of responding to the direct current and alternate current. Moving iron is another form of ammeter that utilizes a section of an iron that changes position during the operation through electromagnetic force in fixed coil of a wire. The moving-iron was discovered by Friedrich Drexler, an Australian engineer during 1884. In comparison to moving-coil ammeter, moving-iron ammeter reflects the capability of responding to alternate current and direct current. In case of hot-wire ammeter, current is experienced from wires, that gets heated while expanding. Hot-wire ammeters were once used for calculating radio-frequency current, even though the accuracy level and response rate was low. Another form of ammeters is digital ammeter that is designed by using shunt resistor for the purpose of generating calibrated voltage in relation to the flow of current.

The main functioning or purpose of ammeter is calculating electric current. Connecting it with specified device in a series can facilitate the functionality of an ammeter. The reason behind linking ammeter in series as same current can be experienced in the objects placed in a series. The ammeter should always be connected with a source of voltage as they are constructed by the motive of operating even in minimum burden. The correct electrical link in circuit is very crucial as it can prevent the cause of fire and short circuit. Ammeters offer lesser electrical resistance in the circuit and lower resistance can generate high current rates. In case of linking an ammeter parallel with the circuit, greater rate of current will start flowing in branches of ammeter. Greater rate of current can lead to incorrect readings. Another problem can be the possibility of short circuit in the electric circuit. In the case of linking ammeter in a series to a device, the possibility of alternate path will be zero, leading to accuracy in the calculation of current. The application and functionality of ammeters are endless, from construction sites to schools. The current flow is measured with the help of ammeters in a newly construction building for ensuring the correct flow of current and preventing the possibility of short circuit. 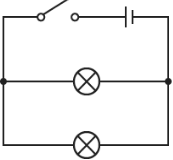 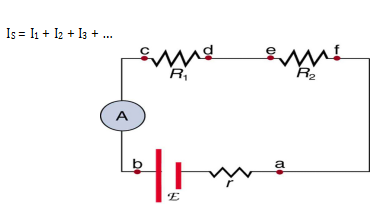 View All Reviews
Ammeter And Its Function: Ways... has been added in your library.