What Is An Algorithm? Describe In Detail

What is an algorithm? Describe in detail using suitable examples.

What is an algorithm? Describe in detail using suitable examples.

In computer science and mathematics, algorithm is a set of instructions used for solving a class of problems or at the same time perform a computation.  The algorithms are those unambiguous specifications for the performance of computation.  The algorithms are those specifications which are used to perform calculation, the data processing, and automated reasoning.  It is an effective method and can be expressed in a finite amount of time and space in a properly defined formal language. Beginning from the initial state along with the initial input, a computation is described and during the execution, it proceeds through a finite and well-defined successive states.  It eventually produces the outputs and terminates the final ending state.  This particular transition from one particular state to the next one is not required to be deterministic. However, there are some algorithms which are also known to be the randomized algorithms.

The concepts of algorithms have existed for many centuries. The Greek mathematician utilized the algorithms in the sieve of Eratosthenes in order to find the prime numbers.  The Euclidean algorithm is use for finding the biggest common divisor of the two numbers.  The term algorithm has been derived from the 9th century mathematician name as Muhammad ibn Musa al-Khwarizmi. The modern concepts of algorithm began with the attempts of solving Entscheidungsproblem initiated by David Hilbert in the year 1928.  The formalizations were later considered as attempts of defining “effective calculability” or the effective method.  The formalizations included recursive functions of the year 1930, 1934 and 935 too.

In other way, algorithm is found to be a finite list of instructions that is used most often for solving the problems or the performing tasks. A simple example of algorithm can be giver in a certain way- One of the most obvious example is a food recipe.  There is a finite list of instructions which are used to perform a task.  Taken for example, an algorithm is followed while making brownies and one follows three-five steps written on a box. One such attribute of algorithm is that there is a step-by-step process which occurs in an order.

An algorithm is something that is unambiguous and clarifies what needs to be implemented.  In a particular recipe, “Bake until done” is quite ambiguous as it does not explain the meaning of “done”. The mire explicit description would be “Bake until the cheese begins to bubble”.  In a computational algorithm, vague instructions are not expected.  An algorithm needs a defined set of inputs. It produces a defined set of the outputs with the defined set of inputs.  The output might be a coted version of the number list or an all-uppercase version.  It is guaranteed to produce the accurate result stopping after a finite time.  It has been found that most of the Algorithms are found to be producing the accurate results and it is rarely useful when an algorithm returns the biggest number of accuracies almost 99 % but in 1 % of the cases algorithms fail.  When an algorithm imposes a requirement of the inputs that is called the precondition, the requirement must be met. Taken for example, a precondition might be such as the algorithm will accept the positive numbers to be the inputs. In the cases when the preconditions were not met, the algorithms were allowed to fail due to producing wrong answer. 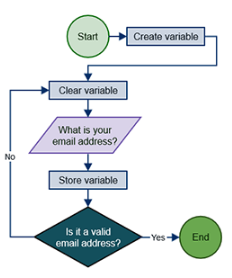 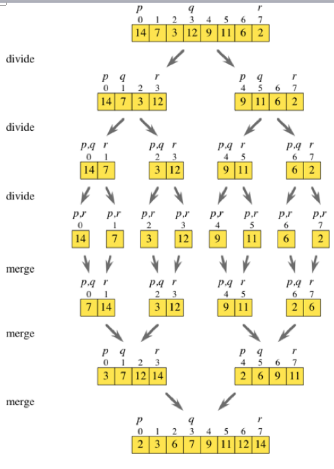 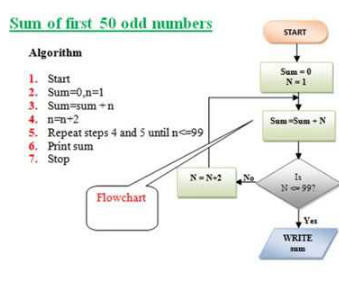 View All Reviews
What Is An Algorithm? Describe... has been added in your library.