Describe Exogenous Events That Can Shift The Aggregate Demand Curve

Define Basic and Amphoteric Hydroxides. Also, identify the conditions under which amphoteric hydroxides act as acids.

Define Basic and Amphoteric Hydroxides. Also, identify the conditions under which amphoteric hydroxides act as acids. 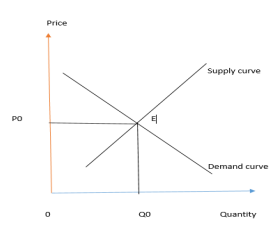 The exogenous factors that are helping in the shift of the demand curves are discussed below.

Price of the goods

Income of the customers 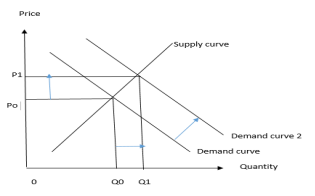 The government has some ability to impact AD. They can spend money or increase taxes in order to influence how consumers spend or save. An expansionary fiscal policy causes AD to increase, while a contractionary monetary policy causes AD to decrease. This is having strong impact on the shift of AD. Both the monetary and fiscal policy is making the changes to happen. Government spending is one component of AD. Thus, higher government spending will cause AD to shift to the right, as in Figure 1, while lower government spending will cause AD to shift to the left, as in Figure 2. For example, U.S. government spending declined by 3.6% of GDP during the 1990s, from 22.2% of GDP in 1992 to 18.6% of GDP in 1999. However, from 2008 to 2009, U.S. government spending increased from 20.7% of GDP to 24.7% of GDP. If changes of a few percentage points of GDP seem small to you, remember that since GDP exceeded $14 trillion in 2009, a seemingly small change of 1.0% of GDP in annual spending is equal to more than $140 billion.

Consumer and business confidence often reflect macroeconomic realities; for example, confidence is usually high when the economy is growing briskly and low during a recession. However, economic confidence can sometimes rise or fall for reasons that do not have a close connection to the immediate economy, like a risk of war, election results, foreign policy events, or a pessimistic prediction about the future by a prominent public figure. U.S. presidents, for example, must be careful in their public pronouncements about the economy. If they offer economic pessimism, they risk provoking a decline in confidence that reduces consumption and investment and shifts AD to the left, and in a self-fulfilling prophecy, contributes to causing the recession that the president warned against in the first place. A shift of AD to the left, and the corresponding movement of the equilibrium, from E0 to E1, to a lower quantity of output and a lower price level, can be seen in the following interactive graph. 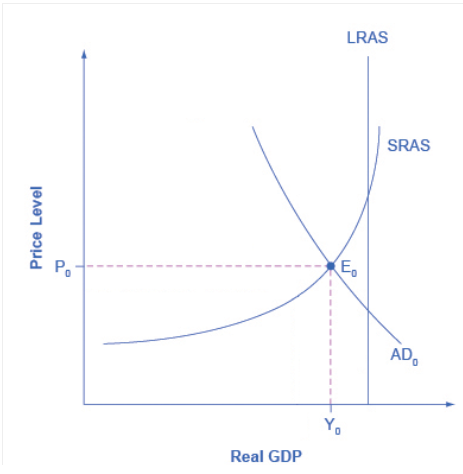 well done, you have done great work as it should be thank you very much. i hope the prof gives me a full mark

Got 10/10. Very good. I wish I could get good author like this for my other assignments too. For other not worth the time and pay. This one\'s well done. Please give us good solutions like this.

i needed my assignment asap. they covered all the detail and did it. it was great thank a lot.

It was on time and all the guidelines were followed. I will post the grade when I get the results thanks!

View All Reviews
Describe Exogenous Events That... has been added in your library.