verage Velocity and Its Formula

The average velocity for any object is measured through the overall displacement divided by the total time considered. Moreover, it is the rate at which it alters is position from one point to another. It is a vector quantity and here the direction matters. Its Système international unit is meter/second. Thus it is the concept calculating the displacement of the object over time gap. Therefore as per the definition, it is the ratio of displacement from a specific point to another to the total time to make the displacement. Here, it must be reminded that the term movement is used here rather than to emphasize the direction.

The formula of average velocity:

In terms of algebra, the average velocity can be defined as the v=d/t.

However, for a short interval time, the average velocity can be calculated in the following way.

As the time limit is considered to be Δt →0. Here, it turns into dy/dt. The average velocity changes to the instantaneous velocity during time t.

Again, let the partition of the movement of the particles are done into n number of equal type of smaller time frames called dt

Further, let it be considered that v1=(x1f−x1s)/dt

x1f= endpoint in the initial partition (It is seen that all of these are vectors).

x2s = beginning point in the second partition and

Next, the end point of after initial partition = initial point of the second partition.

Thus it can be generalised as

Here, the final term is found to be independent of n

The average velocity for any matter never reveals anything regarding what has been happening to that taking place between the initial point and end point, nevertheless. Here, for instance one cannot say by measuring from average velocity whether any airplane passenger can stop momentarily manner or it can back up prior it returns back to the plane. In order to get more details, one must consider various smaller segments of the entire trip over various distinct small intervals of time. 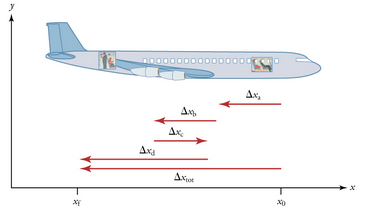 Figure 1: “Detail record of the passenger”

The above diagram shows the much detailed record of the passenger that is heading towards the back of that place. This highlights smaller segments of the trip. Here, the small time intervals can be seen in motion and more detailed of the information. As one carry the process to the logical conclusion, infinitesimally shorter ranges is left there. Here the average velocity turns to the velocity during particular instant or instantaneous velocity. Here, for instance, the speedometer of the car has been displaying the magnitude and never the direction of that car’s instantaneous velocity. The police provide tickets on the basis of the instantaneous velocity.
Nevertheless, while calculating the time taken to get that from one specific point to other over the road trip one require to utilize the average velocity. Further, the instantaneous velocity can be calculated as the average velocity at a particular point of time. Otherwise, this can be infinitesimally small interval of time.  For instance, any car driver has been driving with the pace of 20 kilometres down the street in 5 minutes of times. Then, he takes reverse and further drives 12 kilometres back down the street in three minutes of time.

Again, a man is moving 7 meters in 4 seconds and 18 kilometres in 6 seconds in the X-axis.

Here, the initial distance that is travelled by the man is d1= 7 meters.

Lastly, it can be concluded by taking the last example of the motion of Earth across the Sun. The planet revolves in circular orbit across the star having an average speed of about 12 miles every second. Besides, as the one complete revolution is considered here, Earth gets back to its initial position after one year relative to Sun. As one year is completed, there is no displacement present that is relative to the star. Hence, the average velocity of the Earth over a single year is 0, though the fact that the average speed is massive here.

View All Reviews
verage Velocity and Its Formul... has been added in your library.