What Are Alternate Exterior Angles? State The Theorem Related To These Angles 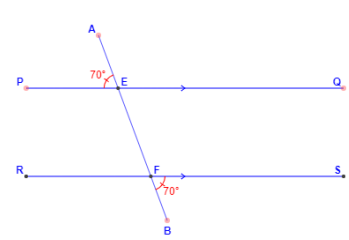 Considering the above figure, the traversal AB cross both of the lines PQ and RS. It creates the intersection E and F. Including all the pairs of the exterior angles that are alternate, two of the angles are out of the parallel lines and they are also on the opposite side in case of the transversal. Two different pairs of angles are there. In the above figure, it can be seen.

There are two different cases in case of the alternate exterior angles:

Since k ∥ l, by the Corresponding Angles Postulate,

Also, by the Vertical Angles Theorem,

Then, by the Transitive Property of Congruence,

You can prove that ∠4 and ∠6 are congruent using the same method.

Lines are explained to be parallel if they are of the same distance but they never meet each other. 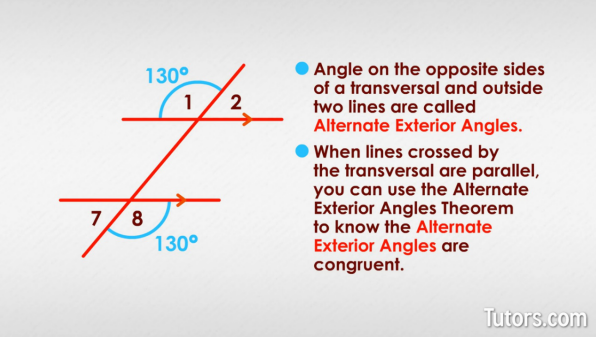 If it is known that angle measures 130 degrees, the angle of 1 is to be measured.

PQ and RS are two lines and UT is a transversal of PQ and RS. Which among the following is a pair of alternate exterior angles? 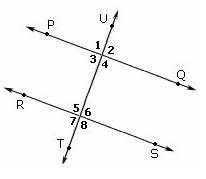 Step 1: When two lines are cut by another line transversal, the pairs of angles formed outside the two lines and on the opposite of the transversal are called Alternate Exterior Angles.
Step 2: From the figure, PQ and RS are parallel lines and UT is a transversal passing through the parallel lines.
Step 3: The pairs of alternate exterior angles are
∠ 1 and ∠ 8
∠ 2 and ∠ 7
Step 4: Hence, ∠ 1 and ∠ 8 are the alternate exterior angles in the given figure.

The map below shows three roads in Julio’s town.

Julio used a surveying tool to measure two angles at the intersections in this picture he drew (NOT to scale). Julio wants to know if Franklin Way is parallel to Chavez Avenue.

140∘ ≠ 130∘, so Franklin Way and Chavez Avenue are not parallel streets.

Which lines are parallel if ∠ AFG ≅ ∠ IJM?

These two angles are alternate exterior angles so if they are congruent it means that CG ←→ || HK ←→.

Find the measure of each angle and the value of y. 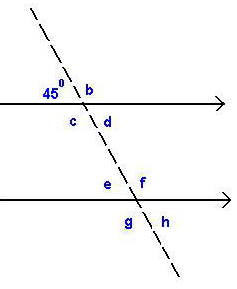 Step 2: b and c are vertical angles.

In the given figure, find the value of x. 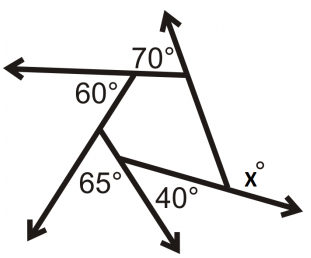 Solution: We know that the sum of the exterior angles of a polygon is 360 degrees.

Solution: Since the polygon is regular, the measure of all the interior angles is the same. Therefore, all its exterior angles measure the same as well, that is, 120 degrees.

Since the sum of exterior angles is 360 degrees and each one measures 120 degrees, we have,

Since the polygon has 3 exterior angles, it has 3 sides. Hence it is an  equilateral triangle.

Use the Alternate Exterior Angle theorem to find the measure of angle x, angle y, and angle z. Assume the lines are parallel. 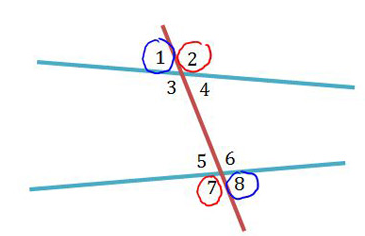 First, we need to identify a pair of alternate interior angles. Angle y and 58 are on opposite sides of the transversal and inside the parallel lines, so they must be alternate interior. Since the lines are parallel, angle y = 58. 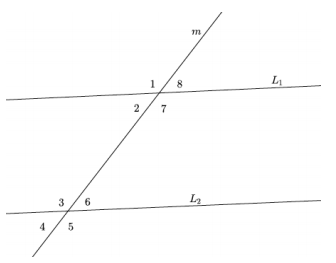 View All Reviews
What Are Alternate Exterior... has been added in your library.