Want to know how to craft impeccable case studies on contract law?

What Should the Students Know Before Working on a Contract Law Case Study?

The term contract refers to the agreement in written form which includes the following elements. It must be verified under the court of law.

To make a contract viable under the law it must accomplish certain requirements(Nolo.com).

Contracts and the Law

The basic contract is formed when two separate parties enter into an agreement and oblige to perform their duties responsibly. With the term party, it can refer to any organization, person or a corporation which enters into an agreement. The agreement is legally enforceable. The main laws which govern the contract law are:

Common law refers to the set of laws which are developed by judges, courts and legal tribunals which provide regard and importance to every individual’s case (Legal-dictionary.thefreedictionary.com). The most crucial aspects of contract law fall under the category of common law.

The Uniform Commercial Code (UCC) is a set of laws that provide legal rules and regulations governing commercial or business dealings and transactions.  The UCC regulates the transfer or sale of personal property.  (Uniformcommercialcode.uslegal.com).

According to the nature of a contract made between the parties, it can be classified into the following categories:

These are the major types of contracts that are listed under the state of law (Legal-dictionary.thefreedictionary.com). But it is not exhaustive; according to the conditions stated in the agreement or law applicable, contracts can also be classified as Executed Contracts, Unconscionable contracts, Void Contracts.

Breach of Contract: Why Is It That Big a Deal?

Breaching of a contract occurs when one of the parties in the contract violates any clauses mentioned in the agreement and it causes harm (financial or in other forms) to the other party. If any party violates the contract, it can affect the respective party in a variety of ways. They are as follows(Smallbusiness.findlaw.com):

In some exceptional cases, the violator can also be ordered by the court to pay for the punitive damages caused to the other party which can make the complete turnaround for the company impossible.

Are You Too Struggling with Such Assignments?

Do you need the best samples in order to make A+ grade winning contract law case studies?

Myassignmenthelp.com is an amazing online  assignment help website that has brought smiles to a number of students’ faces who are deprived of academic support. It provides contract law case studies sample examples prepared by highly skilled in-house Ph.D. qualified experts based on real-life scenarios. Moreover, all these contract law case studies are prepared on the latest university guidelines.

This doesn’t end here. Myassignmenthelp.com also provides contract law assignment essay help. Our highly knowledgeable experts provide top-notch papers rich in conceptual content. They ensure that the students always get completely authentic papers with plagiarism reports of their content on demand. The prices for this service are reasonable which further make it popular in all English speaking countries like the USA, UK, and Australia.

Thank you for your kind assistance on this matter. The assignment was self explanatory and written professionally. 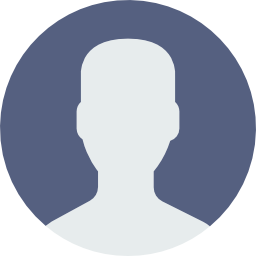 I didn't expected this much well organised completion of my assignment ..Really very very much thank you and looking forward your help in coming days.

I am satisfied with this assignment and will recommend friends to your website. I thank you for your time regarding this matter.

all the requirements are meet.. and even before given time... words limit are good.. graphs and other data reference are great ......good work thanks

My assignment was done with complete professionalism. It's was well written & formatted appropriately. Thank you for your help & services

To Download "Cloud Based ERP System in E-Commerce" sample