Ruby is a dynamic, general purpose programming language designed by the influence of Eiffel, Smalltalk, Lisp, Ada and Perl programming language. Ruby is used for the purpose of web development, text-processor, to create games and forms a significant part of Ruby on Rails (Software framework for developing web applications). 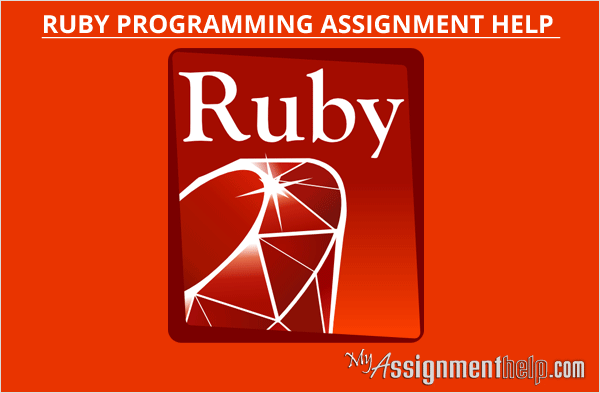 Advanced versions of Ruby in details

After the first release of Ruby 0.95 in the year 1995, several versions of the said programming language were developed over the years. After the serial releases of Ruby 1.0, 1.2, 1.4 and 1.6, the advanced versions are more pronounced as compared to the previous ones.

This version of Ruby was in operation for a long time after its release in August 2003. Open standard promotion center was responsible to develop the language specification of Ruby 1.8 that has been used for several industry standards. Ruby 1.8 was accepted as the Japanese Industrial standard (JIS X 3017) and International standard (ISO/IEC 30170). The language of Ruby 1.8 raised a height with the application of Ruby on Rails.

Ruby 1.9 released in December 2007 has partial compatibility with its 1.8 version. This version of Ruby has significant transformation from the 1.8 series. Such as:

Ruby 2.0 has evolved with newer features that were absent in the previous versions:

Ruby 2.1 was released on 25th December 2013. This version primarily uses semantic versioning that is used for bug-fixing, library updates and speed-up operation.

On the very next year of 2.1 release, Ruby 2.2 was introduced on the same date. This is being used for the same operations of bug-fixing, library updates and speed–ups and responsible to remove denigrated API’s. The additional features of Ruby 2.0 include system of memory handling, contains experimental support for Unicode 7.0, vfork (2), spawn(), system(), etc.

Demand for Ruby knowledge in academics

In reference to the above context, it is evident that, the demand for Ruby programmers is large and likely to increase with time. Consequently, the academic importance of Ruby programming language is justified.

A number of resources are available helping students to pen down their assignments on Ruby programming assignments. We will discuss the significant resources having its importance in several aspects.

Whether you are a freshman or preparing for your final projects or else a professional developer, the demand for instructions is inevitable. Documentation is a good source where you can search for the information needed in assignments. If you are new to programming and novice in coding techniques, access to quality documentation plays a good part in it.

Ruby being a popular language, has pre-written libraries and web frameworks such as Ruby on Riles, chef and Puppet etc. Students finding difficulty with the coding mechanism can leverage these pre-written codes in the assignments. There is no point wasting time on framing application codes when it is already done in advance. RubyGems are used to manage the programming language frameworks and libraries that are used by programmers to advance the web applications.

Online communities act as a good source of information that help the users to communicate with millions of programmers online. Be a member of the online communities, chat rooms or a web forum to get instant help on your assignment problem. Ruby programming language has its own online community known as ‘Ruby community’ composed of generous developers to assist in programming discrepancies. Ruby User Groups are composed of experienced programmers who are likely to meet in person to learn, discuss and solve problems with equal collaboration.

Programming language is a tough subject to learn and subsequently a tedious task to pen down the codes in assignments. Ruby programming is the best language to start with when you are first learning code. MyAssignmenthelp.com is a great relief to the struggling students who are in desperate search of online Ruby project help. Owing to the degree of qualification and experience of our programmers, our written assignments are of top-rank quality.

The request for Ruby programming assignment help is common for computer science students and fresh programmers. With MyAssignmenthelp.com, you will learn a methodical approach to Ruby programming that would be beneficial for your career in the future.

Our efficient team of Ruby programmers ensures the following features in your assignments.

Get you Ruby assignment done from MyAssignmenthelp.com. Our efficiency lays on the following factors:

This person knew what he was doing. If its possible for this expert to do my optimization assignments that would be appreciated

I got A that is all I wanted and I got A thanks you to this website that\'s saved me . everything is so good . I trust them more than any other website

The paper was well written and covered all the topics that needed to be included.